I know what you’re thinking.

You think I’m going to tell you the #1, top secret, worth its weight in GOLD tip to do your own bookkeeping is…

You couldn’t be more wrong, because while those things are important, you could get by without them.

If you were inconsistent, your books might not be 100% accurate, but you’d probably never even know. Not unless you made a real whopper of an error that affects your bottom line, but you can always go back and fix it.

Self motivation is nice, but not necessary. The government provides enough motivation with their deadlines and penalties for being late on your taxes.

And while knowledge makes progress a little more smooth, you can still hack your way through.

My #1, top secret, worth its weight in GOLD tip to do your own bookkeeping is…. 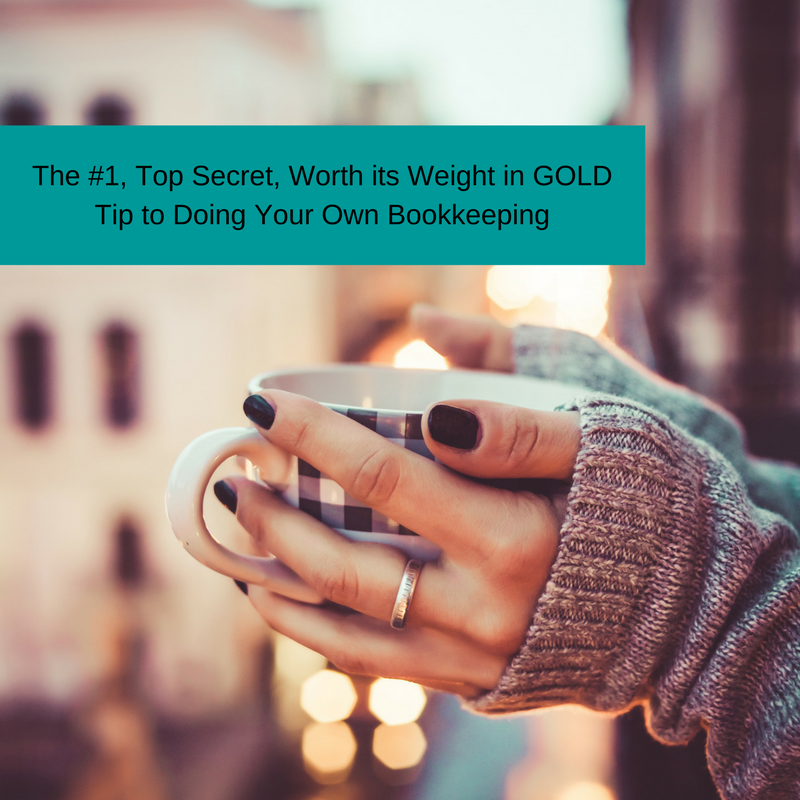 Having a great mindset.

I bet you’re thinking it’s too simple to actually work.

But simplicity is an ongoing theme of successful strategies. Henry Ford knew it.

Henry Ford was a favourite of my engineering professors back in my Uni days. And why not? He revolutionized the automobile industry by making a car for a third of the price of his competitors. It took guts and a great mindset for him to be so successful.

When I first learned to do my own bookkeeping for the sign business I owned with my brother, I was completely lost. I spent nearly a month staring at Quickbooks trying to figure out what to do, thinking that bookkeeping was so hard and complicated.

I took bookkeeping and accounting classes in university, but I had no idea how I could translate that seemingly random knowledge into ‘doing the books.’ The theory of bookkeeping looks nothing like a Quickbooks program, and to be honest I don’t think Quickbooks was even invented when I was sitting in bookkeeping class.

Eventually I ran out of time to figure out my books, and I didn’t have extra cash to hire someone. I was stuck, so I told myself I was smart and capable and would figure it out.

And it was easy.

And it didn’t take me 437 years like I thought it would.

All that changed was my mindset.

I’ll let you in on another little secret that will help you out heaps with your do your own bookkeeping mindset.

Learning to do your own bookkeeping isn’t very difficult.

I might get kicked out of the Bookkeepers’ Club for revealing that one. (If the bookkeepers’ club was a real thing.)

Most places (Canada included) don’t even require any training to be a bookkeeper.

And if you do go to school, it’s only 3 courses.

And the courses are only 2 days long each.

You could become a fully trained bookkeeper in under a week!

You CAN do your own bookkeeping.

You’re smart. You’re capable. And you run your own business. (How cool is that?!)

I’m betting on you!

If you’re ready to set yourself up for do your own bookkeeping success, check out The Bookkeeping Prep Course. It’s the simplest way to set up your bookkeeping without learning boring theory or second guessing yourself.

How to Budget for Business – Part 4: Business Goal

Insider tips to choose an accounting program. Are you opting for stress and...
Scroll to top